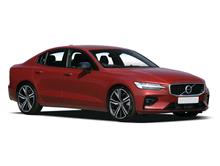 SALOON
from best prices
The Volvo S60 deals include full manufacturers warranty and free delivery to many parts of the UK. At New Car Discount we have great deals on the New Volvo S60 which make it a great bargain, the S60 comes with a huge amount of kit as standard. Features high on safety and comfort tests. Get the lowest price from New Car Discount.
VOLVO S90 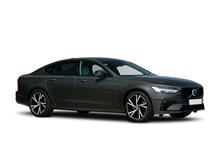 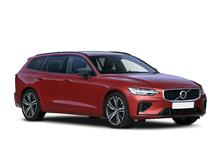 ESTATE
from best prices
The V60 estate benefits from a spacious and luxurious cabin with great ride quality. In comparison to other estates on the market the price is competitive and there are many great deals to be had on the Volvo V60 estate. The V60 does well on safety tests and is a cheaper competitor to the German rivals.
VOLVO V90 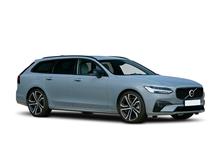 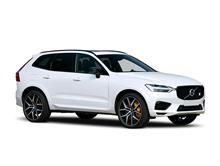 ESTATE
from best prices
The Volvo XC60 is everything you would expect from Volvo. It is both safe and sensible, plus it represents a great choice for those with a family. What is different though is the way it is packaged, as this is one of Volvo’s first real forays into the world of the SUV – along with the XC90 – and it has undoubtedly been a success! If you are looking to buy the lowest price new Volvo XC60, speak to one of our advisors today, as we have access to cheap new Volvo XC60 throughout the country.
VOLVO XC90 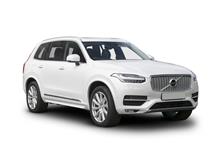 4X4
from best prices
Another well built car from Volvo. The brand new Volvo XC90 is a superb SUV which can seat upto 7 people. The XC90 is well known for holding up on resell values whilst being expensive to run. If your looking for a new motor with a great build than consider the Volvo XC90...

A look at Volvo's History...

The history of the Swedish car manufacturer Volvo stretches all the way back to 1927, when the first ever car, named the Volvo OV4, was produced by the company in Gothenburg – one of only 280 that were made in the whole year. The year after this they expanded into the truck manufacturing market and by the end of World War Two, Volvo was becoming an internationally recognised name.


Volvo has a reputation throughout the world for making durable and solid vehicles, which is why many will find it surprising that their first real success came with the release of a reasonably small car, the Volvo PV444. This revolutionary car combined the style popular in America with the size that Europeans preferred and it was a hit all over the continent. They followed this success up with various new cars, all built with the same general specifications of the aforementioned PV444.


One of the biggest surprises in Volvo’s history came in the early 1950s, when the previously “safe” company announced that it was to release a sports car to the market. It was named the Volvo Sport and despite lots of anticipation, it was a failure, with only 67 of them being sold in Sweden. This was Volvo’s only real attempt within the sports car market until modern times. They went back to what they knew best and between the early 1950s and the end of the 1960s they released a number of cars and trucks, such as the Volvo Duett and the Volvo 120. They also began to work on military vehicles with the Swdish government.


The 1960s saw one of the defining moments in the history of Volvo, as this was the decade in which the Volvo P1800 went into production – a car that Roger Moore was regularly seen driving in The Saint and which firmly catapulted Volvo to the highest echelons of the worldwide car market. In fact, it was the one car that finally managed to break into the highly lucrative US car market, which had formerly been dominated by the big American manufacturers. By 1981 they were the largest car exporter to the USA in the world.


By the 1980s the Volvo was a common sight on roads throughout the world, with its distinctive square front making it visible from a long way off. Its flagship car throughout the 1980s and into the 1990s was without doubt the Volvo 700 series – a car that was so reliable that it is still seen regularly today. It came to symbolize everything that people thought of this manufacturer’s cars – that they were safe, reliable and reasonably priced.


In recent times Volvo have expanded their range to include not just estate cars and family saloons, but also sports cars and cars aimed at a younger market. The V50, S40 and C30 are all performing incredibly well in the market and the company is now seen as one of the premiere car manufacturers on the planet – and still as the perfect car for families looking for safety and reliability above all else.