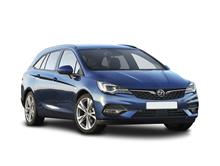 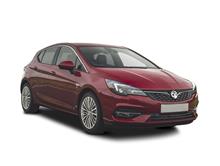 HATCHBACK
from best prices
The Vauxhall Astra is the flagship car for this hugely successful manufacturer and it is easy to see why. It balances power with control and practicality with style, and also manages to keep the cost down, therefore making it affordable to most people looking for a new car. Whether you are looking for an estate or a hatchback, call us today to find the cheapest priced Vauxhall Astra in your area!
VAUXHALL CORSA 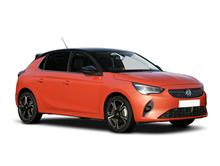 HATCHBACK
from best prices
When it comes to small family cars, there aren’t many cars more popular than the Vauxhall Corsa. This is mainly due to the price, and a cheap new Vauxhall Corsa could be yours for much less than you think – with great handling, comfort and economy all included in the price! Call us today to find out more about this incredibly popular car from Vauxhall.
VAUXHALL CROSSLAND 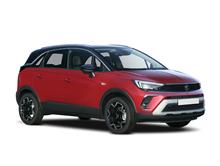 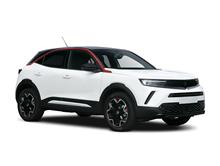 HATCHBACK
from best prices
The Vauxhall Mokka has been getting rave reviews from the critics for the looks and style of the vehicle. The new Mokka is both well priced and cheap without comprising on the equipment. The car comes with 6 airbags and stability control and in total there are 15 versions of the Vauxhall Mokka available.

The History of Vauxhall Motors


Although now owned by General Motors, Vauxhall are to many a completely British company. Founded in 1903 as a horseless carriage manufacturer, it has gone on to become the second biggest selling brand of car for the last two decades in the UK, thanks to innovative designs and great reliability. In countries other than the UK, Vauxhall cars are sold under the name of Opel, although the design is almost identical.


The first vehicle produced by Vauxhall came in 1903, the same year that the company was formed. A couple of years later, production was moved to Luton in order to allow expansion and the company is still based there to this very day. The first cars by Vauxhall were very much tailored towards those looking for sportier cars, but this changed after the First World War, when they adopted a more austere approach.


Vauxhall’s early success did not go unnoticed and in 1925 they were acquired by the US company General Motors for the sum of $2.5 million – a large amount of money during this period. This had the effect of transforming the company into one offering affordable vehicles, instead of the expensive ones it was known for producing. Perhaps the best example of this was the Vauxhall Cadet, which retailed at just £280. Most of the Vauxhall cars produced during this period – in fact all the way up the 1980s – were heavily influenced by the American style of GM.


During the War Vauxhall switched to making armaments in order to support the war effort, but when it was over they quickly got back to creating cars, although this time more focused on the mass market. This tactic helped the company to expand significantly and allowed more plants to open around the country, most noticeably at Ellesmere Port in Cheshire.


By the end of the 1960s Vauxhall was gaining excellent sales every single year, with its two most popular models – the Vauxhall Viva and the Vauxhall Victor – achieving sales of over 100,000 each every single year. This success extended into the 1970s – with the introduction of a new Vauxhall Viva – and also into the 1980s, by which time the company had become a major force within Britain and whose cars were some of the highest selling in the country.


Perhaps the most important vehicle that Vauxhall ever made came to life in the mid-1970s and early 1980s, and this was the Vauxhall Cavalier, a car that most people automatically think of when Vauxhall is mentioned. Whether you love them or hate them, the Cavalier without doubt cemented Vauxhall’s place near the top of the UK car industry.


In more modern history, Vauxhall has remained popular with the general public, especially thanks to the Corsa – a small family car which is affordable to most people. It does still have a full range of cars in its line-up though, ranging from executive models through to people carriers. It seems like the British love affair with Vauxhall is detained to continue well into the future!