Want a cheap new Seat car? You have come to the right place with unbeatable deals on Seat models including Alhambra, Ibiza and Leon. You can save thousands off the typical retail asking price when you buy from New Car Discount. We do not import, all cars come with full warranty, part ex is available and we can deliver the car to your door. Call or enquire online about a brand new cheap Seat car. 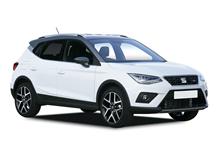 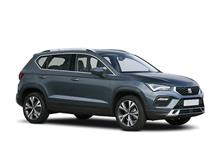 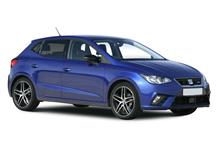 HATCHBACK
from best prices
A long standing favourite the ever popular Seat Ibiza has the style and price to attract many buyers. The all new Seat Ibiza comes with a lot of of equipment as standard. You can choose from a couple, estate and hatchback with engines ranging from a 1.2 to a 1.4 engine. Give the team at New Car Discount a call and get the best price today.
SEAT LEON 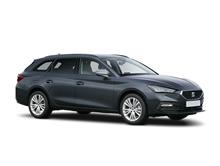 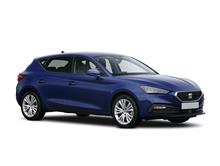 HATCHBACK
from best prices
A long standing favourite the ever popular Seat Leon has the style and price to attract many buyers. The all new Seat Leon comes with a lot of equipment as standard. You can choose from estate and hatchback. Give the team at New Car Discount a call and get the best price today.
SEAT TARRACO 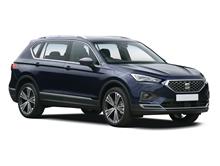 Find out more about Seat's History...


Spanish car manufacturing has never been held in much esteem, but one company to prove an exception to this rule is Seat. They were founded in 1950 and in the past sixty years have grown to become a common sight on Britain’s roads, buoyed by a great reputation and a number of impressive advertising campaigns.


As already stated, Seat came to life in 1950 when they were founded by the state in response to the country’s growing demand for automobiles. The first car to ever roll out of the factory was the Seat 1400 and this was a car made almost entirely from local materials, in order to ensure that the country benefited as much as possible from the new business venture. This car was the first in a number of rebadge designs that the company made, up until it was able to create its own automobile in 1975. Until then, it was generally Fiats that were rebadged as Seat cars.


By 1967 Seat were by far and away the largest producer of automobiles in Spain and Fiat had also increased its share in the company to 37%, while the government reduced its share in the business to 32%, therefore meaning that essentially it was no longer a nationalized business. By 1970 they were working hard on designing their first ever independently created car.


In 1975 they released the Seat 1200 Sport, which signaled their move from a company that rebadged cars to a bona fide car manufacturer. It was the perfect time for them to enter into the industry in this way, as Spain was quickly becoming a more prosperous nation and the cars therefore sold well. Also during this time they started local production of the Lancia Beta, which further increased their standing within the industry.


By 1982, after a long and bitter feud with Fiat, Seat had become part of the Volkswagen group, who were chosen over a number of other suitors for the role. Throughout the 1980s Volkswagen bought up more and more of the company, until they had a 99.99% ownership of the company by 1990. The purchase of Seat proved to be a masterstroke by VW, as the company made a profit in both the first and second years of ownership, while also providing access to parts much cheaper than the German company could previously get.


The `1990s saw Seat expand rapidly, even opening a plant outside of Spain – albeit it only in neighbouring Portugal. This period also saw the launch of the car that still remains the flagship of the company – the Seat Leon. Along with the classic Seat Ibiza, they have brought Seat to the forefront of the automobile industry in the UK and ensured that everyone looking for a new car at least considers purchasing a Seat…