HATCHBACK
from best prices
The Renault Captur Crossover is proving a hot choice for those seeking a hatchback with more thrills! The cost price of a Captur is generous and the running costs are low in comparison to a lot of other hatchbacks. The amount of safety kit and equipment is good for the price, especially at the deals that we have on the new Renault Captur.
RENAULT CLIO 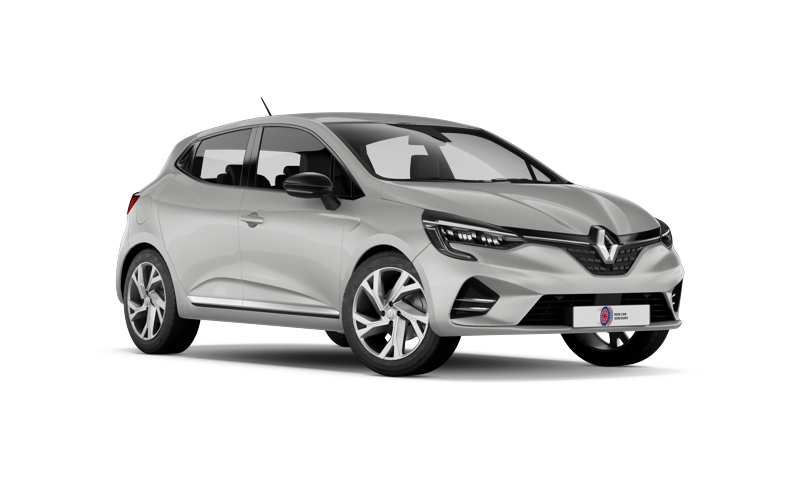 HATCHBACK
from best prices
There is no more recognisable Renault on the road than the Renault Clio, and the fact it is so popular is due to the huge amounts of style and performance you get when you buy a cheap new Renault Clio. The Clio is the perfect car for every occasion and comes in a vast array of different guises, so there will certainly be a cheap new Renault Clio somewhere out there that is perfect for your needs.


Renault is a huge automobile company, founded in France in 1899 and currently occupying a large section of the worldwide automobile market. They are also a leading name in the world of motorsport, particularly in rallying and Formula 1. In fact, it was motor racing that first brought the Renault to the attention of the world, as the founders realized that this could elevate their standing in a quick and effective manner. Their success in motor racing led to a rapid expansion, going from building one car in 1899 to becoming one of the world’s biggest car companies within ten years.


Renault’s development was helped by the diverse portfolio of vehicles that they built, which included buses, taxis and military vehicle, particularly during the First World War. It was after WWI that Renault stated to expand significantly though. They realized that their highly priced cars were not going to compete, so they started to make everything from small, affordable cars to luxury automobiles. By 1928 they were manufacturing nearly 30,000 vehicles per year, including the 6c, the Monasix and the Vivasix. They were also selling a number of cars outside of France by this time, particularly to customers in the UK.


The Second World War completely halted the production of cars by Renault, but they also refused to produce tanks for the Nazi forces, despite the factories being occupied. After the War though they bounced back, starting with the Fregate, and continuing with the release of a number of other commercially successful models in the following years. This resurgence was to continue throughout the 1950s and 1960s, by which time Renault were a superpower within the car manufacturing world.


The 1970s proved to be a pivotal decade for Renault, as this was when the hugely successful Renault 5 was released – a small car that appealed massively to a diverse selection of people in society. It was also a time that saw significant expansion on a global scale, as the company began to sell cars in a number of previously untapped countries, such as those in South-East Asia.


The 1980s was a period of relative quiet for a company who had, until then, produced cars on a massive scale. They didn’t lose any of their grasp on the market, but instead concentrated on building their reputation with a number of “safe” vehicles, as well as through the still popular Renault 5. This was to change in the 1990s though…


In 1990 Renault released the Clio – a car that it still one of the most popular in the world. It also began production of the Megane and the Twingo, both of which are still around to this day. With the continued success of the Espace, Renault arguably had it most popular line-up ever during this period – which is perhaps the main reason why the line-up has not changed significantly since, aside from the modernisation of the models to keep up with new technology and design trends.