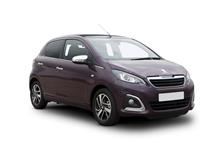 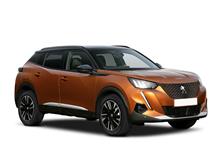 ESTATE
from best prices
The reviews have been good and the Peugeot 2008 lives up to expectations. The car is keenly priced with a great deal if you buy from us, not only is it cheap to buy but also to run. The Peugeot 2008 is very roomy with loads of space for both passengers and luggage. The tax band, co2 and MPG are all competitive.
PEUGEOT 208 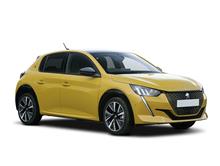 HATCHBACK
from best prices
The Peugeot 208 has great looks both inside and outside the car. The cabin of the car is finished to the highest standards and there is plenty of engine choice to satisfy performance. The new Peugeot 208 is both cheap to run and own and this makes it one of the most popular hatchbacks on the market.
PEUGEOT 3008 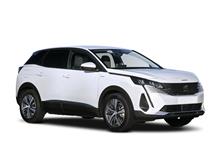 ESTATE
from best prices
The 3008 model is popular with those who want comfort, quality and a spacious interior. You can get the cheapest new Peugeot 3008 model on the market in the UK by buying from New Car Discount. Click through to find the Peugeot 2008 at the best prices...
PEUGEOT 308 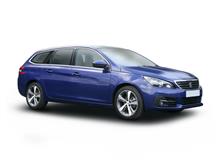 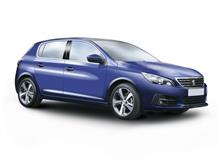 HATCHBACK
from best prices
If your considering buying a new Peugeot 308 then choose from the hatchback, estate and sports coupe. New Peugeot 308 deals will save you thousands off the regular dealer prices. Find your new Peugeot 308 with the best price possible. Buying from New Car Discount you can guarantee your new car is UK supplied and comes with a full manufacturer warranty.
PEUGEOT 5008

ESTATE
from best prices
If your looking for a practical MPV then you can do a lot worse than consider the Peugeot 5008. The 5008 is a great family car which has good to top ratings in all areas. We can offer the cheapest deals on new and pre reg Peugeot 5008 vehicles. It is a popular choice with families as benefits from good space and high marks in safety tests.
PEUGEOT 508 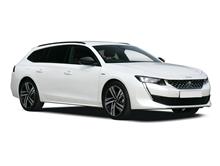 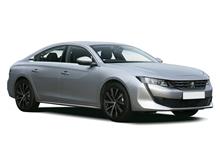 HATCHBACK
from best prices
The 508 has a good amount of options with 13 separate versions, the car's handling is well rated. At New Car Discounted we can offer discounted prices with reductions on dealer prices. It is easy to buy online with all the benefits of buying from a dealer but at a much better price.
PEUGEOT RIFTER 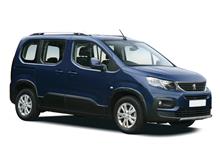 Peugeot from the Beginning


If we are to talk about the history of Peugeot, the obvious place to start is in 1882, which is the year that they first entered into the automobile market. It is interesting to note though that their roots actually lie much further back than that, as they were originally formed as a coffee mill company way back in 1810! The first car that they produced after the formation of the car wing of the company came in 1889 – a three wheeled vehicle powered by steam – making them one of the oldest car manufacturers in the world still trading.


By 1900 the company was building around 300 cars per year, which was a significant amount at the time. They had also started to build their own engines by this time – previously they had used engines supplied by Daimler for all of their vehicles. Perhaps the most significant occurrence of Peugeot’s early years though was the release of the “Bebe” in 1901, which was a small car that established Peugeot as a leader amongst style and innovation. The Bebe continued to be popular for a number of years, leading Peugeot to worldwide attention.


During the First World War Peugeot manufactured arms for the Allies, but after it set about car production again at a furious pace. The ensuing years saw the releases of La Quadrilette and a number of high powered cars. Further expansion occurred during the 1920s, particularly when the 201 was released, as it was the cheapest car available in France, opening up the market to a whole new range of citizens.


The Second World War once again saw Peugeot stop producing cars, but afterwards they continued in the same vein as before. They released the 203, which went on to break all kinds of records for the company in terms of sales, and the 403 in 1955 – a car that would sell over a million units by 1960. At the same time Peugeot entered the US market, which further solidified their reputation as a major force in the world of car manufacturing.


By 1974 Peugeot were a huge force in the market and they decided to expand by taking over one of their main rivals, Citroen. They also briefly had ownership of the luxury car manufacturer Maserati, but this was sold in 1975 for financial reasons. 1978 saw ye another takeover, as they took over the Chrysler’s European division. Peugeot was proving itself to be a massive player in the industry…


All of this investment did have a negative effect for a few years, as up until 1985 they lost money every year. This changed though when the Peugeot 205 was launched and this car is still seen as one of the icons of the company’s history.


Between the launch of the 205 and the present day, Peugeot have remained a huge force in the world of car manufacturing. They have released a number of noteworthy models, such as the Peugeot 206 and the 107, and continue to be popular among those looking for reliable and affordable family cars all over the world.