Amazing discount offers on new Mitsubishi cars including latest UK Outlander, Shogun and Colt. By getting your new car from Mitsubishi you could save upto £6,000. We have many models available if your looking for a discount Mitsubishi car. Speak to our friendly team today on 0844 811 0507. 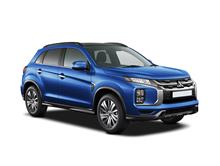 ESTATE
from best prices
A great SUV to drive the new Mitsubishi ASX is a well built motor. Rated as great to drive with loads of space and strong resale values, you can get the cheapest deal on a new Mitsubishi ASX at New Car Diuscount. The diesel engine gets excellent reviews.
MITSUBISHI MIRAGE 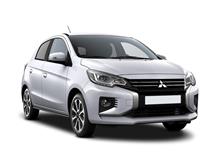 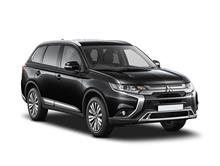 4X4
from best prices
A medium size SUV, the new Outlander 4x4 is both practical and desirable. Plenty of space with 7 seats and a massive boot. For a SUV the costs to own and maintain are reasonable and the drive is rated as exceptional.
MITSUBISHI SHOGUN-SPORT 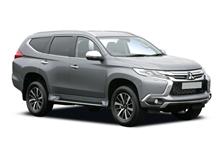 The History of Mitsubishi


Mitsubishi is one of the quintessential names that one thinks of when looking at Japanese automobiles, along with Toyota, Suzuki and Nissan. The origins of this company date back all the way to 1917, when the company – originally one that produced ships – released the Model A, which was Japan’s first ever production automobile. The start to Mitsubishi’s automobile life was not an auspicious one though, as only 22 were built and they were discontinued in 1921, mainly because they did not compete in price with the American and European models.


In 1937 the company once again entered into the automobile market, this time with the PX33 – a military vehicle with four wheel drive. It wasn’t until after the Second World War though that they really began to concentrate on producing automobiles, as this period saw them produce the Fuso bus, the Mizushima three-wheeler and a scooter called the Silver Pigeon. This soon came to an abrupt end though, as the victorious Allied forces demanded that Mitsubishi was split into three separate companies – West Japan Heavy-Industries, Central Japan Heavy-Industries and East Japan Heavy-Industries.


Over the next couple of decades, the three different companies continued to grow, mainly through the importation of American cars to the Japanese market – most notably the Henry J and the Jeep CJ-3B. It was Central Japan Heavy-Industries who first entered into the world of independent car production though, as in the mid-1950s it introduced the Mitsubishi 500, buoyed by the growing Japanese economy and the demand for more family cars. It followed this with the Minica and the Colt, both released in the early 1960s.


In 1964 the three companies were once again integrated, forming a large and powerful automotive company, proved by the fact that they were producing 75,000 vehicles by 1967. In 1970, following considerable success, a separate wing of the company was formed to focus solely on the automotive aspect, and thus Mitsubishi Motors Corporation was born.


The 1970s saw Mitsubishi attempt to expand, particularly within its export division. Perhaps the biggest development during this period was the sale of 10% of the company to Chrysler – a move that allowed Mitsubishi to move into the US market, even if it was under the Dodge name. Over the next decade Mitsubishi saw their cars produced in many forms around the world, such as the Galant being sold in the US as the Dodge Challenger. Mitsubishi wanted to start promoting themselves though, so in 1982 they finally entered into the US market under their own name…


Thanks to this global expansion, the end of the 1980s saw Mitsubishi’s automobile production reach 1.5 million units per year. The introduction of the Pajero during this time saw the company’s fortunes rise even more, and the company capitalized on this by investing heavily in their compact 4x4 line of vehicles – a tactic that proved to be a wise one. The early 1990s also saw Mitsubishi gain independence from Chrysler, buying back their 10% stake in the company.


Nowadays Mitsubishi are well known throughout the world for making some of the most powerful sport vehicles around, as well as for their range of 4x4s. They are a force to be reckoned with on every continent and, as long as the demand for cars stays as it is, they will continue to go from strength to strength.