At New Car Discount we are committed to being the UK's cheapest for brand new cars and can now offer you a cheap new Mercedes Benz car. We can usually save you a few thousand off the usual retail price. The discounted Mercedes Benz models include the A Class, B Class, C Class, CLS, E Class, GL Class and many others. Check out New Car Discount homepage for more deals on cheap new cars from over 50 manufacturers. 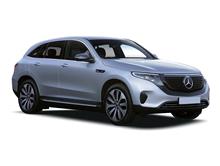 Mercedes Benz from the start...


Mercedes-Benz are well-known for their modern and stylish designs, always leading the way in the world of automobile innovation. What might surprise many then is that their history stretches way back to 1886 and that they are the oldest car manufacturer in the world still producing vehicles. The first car in their long and illustrious history was the Benz Patent Motorwagen and by 1901 they had grown to become a large name throughout the elite world of automobiles.


It wasn’t until 1926 that the company started making vehicles on a large scale though, as this was the time in which the companies belonging to Benz and Daimler merged, creating the Daimler-Benz company, who produced vehicles under the name “Mercedes Benz” from that point on. Through the 1930s they produced a huge amount of different vehicles, such as the famous six-wheeled W31 and the massively popular 770. This growth came just at the wrong time though, as by 1939 Germany was at war and the production of vehicles ground to a halt.


Like all other car manufacturers based in Germany, the War was a massive blow to their hopes and this led to Mercedes-Benz not producing any new vehicles until 1953, a year that saw the release of the 180. Instead of building slowly though they put extra effort into releasing a number of cars and the decade of the 1950s saw no less than eight new models. This quick expansion continued throughout the 1960s as well, with a further 13 cars added to the line-up, including a number of cars that have gone down as modern classics, such as the W111 and the 230.


By the end of the 1970s and the beginning of the 1980s, Mercedes-Benz still had a reputation for making cars for those with an above average income. Unlike other manufacturers though, Mercedes embraced this and continued to make high-quality cars at higher than average prices. These included the W123 and the W124 – both cars with luxurious interiors and high performances. This tradition continued through the 1990s, with cars such as the SL Class and the E-Class.


One major turning point did occur in 1997 though, as this was the year in which Mercedes branched out into the small car market, introducing the A-Class to the world. This was a radical departure from their previous offerings, but its success means that it is still manufactured to this very day.


Nowadays Mercedes-Benz is still on a pedestal above the vast majority of cars. They have diversified their offerings though, catering for those looking for executive cars, performance cars, coupes, family cars and anything else that a consumer could possibly desire…