At New Car Discount we have some of the lowest priced brand new Honda cars available for purchase. You can view our range below and find low prices on brand new Honda cars by clicking on the model you are interested in and then prices for all derivatives will be available. We stock all the popular Honda models including Honda Accord, Honda Civics, Honda CR-V and the Honda Jazz. You can also call our friendly sales team on 0844 811 0507 to discuss how to get you cheap new Honda car. 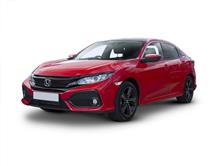 HATCHBACK
from best prices
The Honda Civic has been one of the most popular cars on the UK's roads for many years. View the range of Honda Civic deals that New Car Discount have available. You can be sure to get the best price by shopping for your new Civic with us. The new Honda Civic's have very impressive interiors and superior ride quality than many of its rivals.
HONDA CR-V 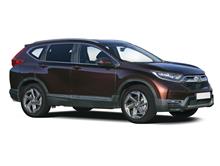 ESTATE
from best prices
Although an SUV, a cheap new Honda CR-V is far more comfortable on the tarmac than off-road, meaning that it provides a comfortable and safe ride for the whole family. The fact that it is cheap to buy and will very rarely go wrong also mean that this is the perfect choice for those looking for a family car. Contact one of our dedicated team today to find out more.
HONDA JAZZ 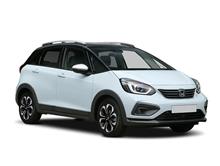 HATCHBACK
from best prices
Although a new Honda Jazz looks small from the outside, it offers a huge amount of space inside – meaning that this is the perfect car for families not wanting anything too large or expensive. The car is also known to be extremely reliable and Hondas always resell a good rate, so a cheap new Honda Jazz could be a wise investment!


Honda is an automobile company from Japan, and has been in the industry since 1948 – just a few years after the end of the Second World War. They were started by Soichiro Honda – a self-taught engineer and employee of a tuning shop – but they originally just made motorbikes. These motorbikes filled a perfect niche in post-war Japan, where cars were unattainable by most, as they provided a new and dynamic manufacturing industry. Just 16 years after the release of the Honda Cub, the company’s first motorbike, they were the largest motorbike manufacturer in the whole of Japan.


When it comes to Honda’s participation in the car and truck industry, they were late starters in comparison with other companies still found today. Their first ever vehicle with four wheels was the T360 pick-up truck, which was released in 1963. This was shortly followed by their first car, the S500 – a small sports car with definite resemblances to the technology used in their motorbikes.


Throughout the 1960s and early 1970s Honda continued to quietly go about making motorcars – never with enough gusto to fully propel themselves into the status of a major player, but with enough enthusiasm to ensure that everyone had heard of them. This changed though in 1973, when Honda introduced a range that it still produces to this very day – the massively popular Honda Civic. Shortly after this – in 1976 – they unleashed the Honda Accord on the world as well, and Honda finally had two cars that people seriously considered buying over the other Japanese or American manufacturers.


The introduction of the two aforementioned models were a significant step for Honda, and in the years after this they went about building on this new reputation on a worldwide scale. The 1980s saw the introduction of cars such as the Quintet, the Integra and the Prelude and all of these vehicles saw considerable success. This success was followed up in the 1990s with models such as the Logo, the NSX and the Orthia, while they also continued as a dominant force within the motorcycle industry.


Nowadays they have a reputation for creating family cars with great environmental benefits, such as the Civic Hybrid and the Insight. They have already signaled their intention to concentrate heavily on hybrid technology and green cars in the future, with recent reports stating that they plan to increase sales of these cars to 20% of their overall figures.