We have the best deals on cheap new Audi cars. We have listed all models that are available to buy. Our prices for new Audis are amongst the lowest in the UK making us your first stop to buy a new discount Audi car. We have the following cheap new Audi models available to purchase - A1, A3, A4, A5, A8, Q5, Q7, R8, RS5, RS6, Audi TT. 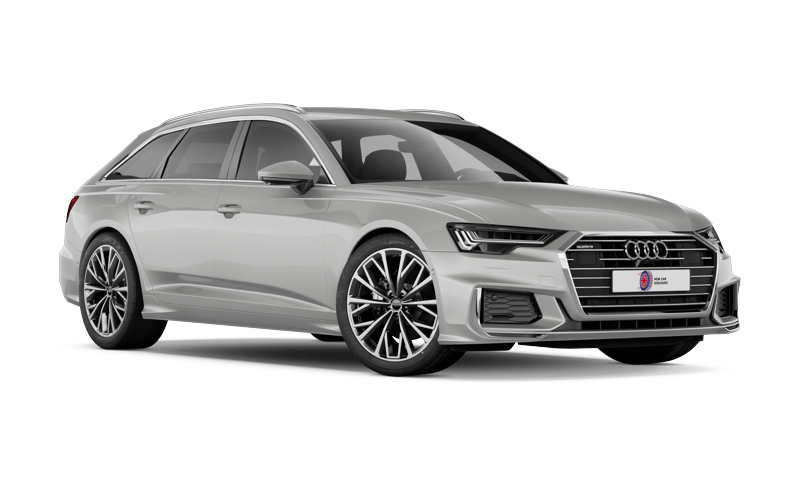 ESTATE
from best prices
A classy car for the executive. The Audi A6 is fantastic value for money and one of the best saloon options on the market. You will find the cheapest A6 here at New Car Discount. The turbocharged engines are a popular choice and if your looking for a car with space then a new Audi A6 could well be for you.

Find out more about Audi...


Audi are famed for their high-performance and stylish vehicles and have been based in Germany since their inception in 1909. The company’s name comes from a suggestion made by the son of the founder, August Horch, as it is the latin equivalent of the word “Horch” – August Horch had been forbidden due to trademark laws from using his surname for the company.


The first Audi to be produced was the Audi Type A Sport-Phanteon, which was manufactured in 1910 in their factory in Zwickau. This was swiftly followed by the Type B and the Audi legacy had begun – a legacy that spans to this very day. Audi weren’t just successful in selling their cars though, as they soon became major players in the world of motor racing as well, with their 5,720cc models blowing away the competition.


The next chapter within the history of Audi came in 1932, when the company merged with Horch (the company that has previously used their trademark to prevent Audi from calling themselves a similar name), DKW and Wanderer, with the result being a company called Auto Union. An interesting fact is that the current Audi badge has four rings on it, representing the four parts of the Auto Union, even though only Audi now remain.


The Second World War saw Audi forced to turn their attention towards military vehicles and after the war their factories were dismantled by Allied forces, as part of the German reparation programme. This sent the Auto Union into liquidation, until they opened new offices in the West German city of Ingolstadt. This new start occurred in 1949 and before long Auto Union were once again major vehicle distributors and manufacturers.


The success of the company didn’t go unnoticed and in 1958 Daimler-Benz bought 87% of Auto Union, increasing to 100% in 1959. The plans for Audi’s smaller cars didn’t fit with their vision for the future though, so in a few years they disposed of the Auto Union arm of their business. This allowed Volkswagen to come in and purchase 50% of the business, as well as the trademarks of Auto Union. They oversaw a movement away from two stroke engines to the more popular four stroke variety, and they also took the step of marketing the cars solely as Audis, not as Auto Union.


In the following decades more mergers and deals occurred, with the upshot being that, in 1985, the company was renamed Audi AG – the name that it still uses today. Between 1985 and the present day, Audi have created cars that both push the boundaries of design and that also provide great performance. The best example of this would be the Audi TT, which was launched in 1998 and is still one of the most recognizable cars on the road.