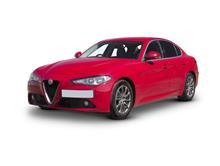 HATCHBACK
from best prices
The Giulietta is, for once, a practical car from Alfa Romeo, which no longer has the traditional temperamental nature of Alfa Romeo’s previous offerings. With a cool and stylish design and great performance as well though, it is a car suitable for nearly everyone in the market for a new vehicle. If you want a cheap new Alfa Romeo Giulietta, we are the first people you should contact – we can find the lowest price new Alfa Romeo Giulietta in the country!
ALFA-ROMEO STELVIO 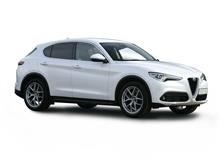 Find out more about Alfa Romeo.. The History


Originally founded in 1906 under the name of Societa Anonima Italiana Darracq, Alfa Romeo has had a long history in the world of automobiles, both in terms of consumer cars and in motor racing. The Darracq cars were not an instant success though, and in 1909 some of the Italian investors decided to form a company to work in partnership with Darracq, which they named A.L.F.A. – therefore laying down the foundation for the name still used today by the manufacturer.


The era of A.L.F.A. saw significant expansion, with the company becoming a major name in the motor sport world, as well as a number of consumer cars for the Italian market. In 1915 the company then came under the direction of a man named Nicola Romeo, who moved the focus of operations within the business to producing military equipment to support the efforts in the First World War. In 1920, the company changed their name for the final time, to Alfa Romeo.


After the War, Alfa Romeo continued to build cars and compete in motor racing, thanks to the guidance of a young man by the name of Enzo Ferrari. Their success was short-lived though, as they went broke in 1928 and had to be bailed out by the government, mainly due to the decrease in demand for military vehicles. The Second World War was to have an even greater effect on them though…


During WWII, the factories of Alfa Romeo were heavily bombed, and this lead to a real change in direction for the company. They stopped producing the larger luxury cars they were known for and moved to producing smaller cars on a large scale, with the most famous of these being the Giulietta series. This more sporty look was to go on to be Alfa’s signature and they went on in this vein until the 1970s, when they again found themselves in financial trouble.


Alfa Romeo struggled on through the 1970s and early 1980s and were finally rescued from impending closure in 1986, when they were purchased by the Italian giant Fiat. They began producing Alfa Romeos I the same way that they produced another of their acquisitions – Lancias – and the company’s fortunes took a turn for the better. One of the most successful vehicles created during the 1980s was the GTA 147 hatchback,, as well as the exotic 8C Competizione.